Phyllis Schlafly has been a national leader of the conservative movement since the publication of her best-selling 1964 book, A Choice Not An Echo. In a ten-year battle, Mrs. Schlafly led the pro-family movement to victory over the principal legislative goal of the radical feminists, called the Equal Rights Amendment.

An articulate and successful opponent of the radical feminist movement, she appeared in debates on college campuses more frequently than any other conservative. She was named one of the one hundred most important women of the twentieth century by the Ladies’ Home Journal. 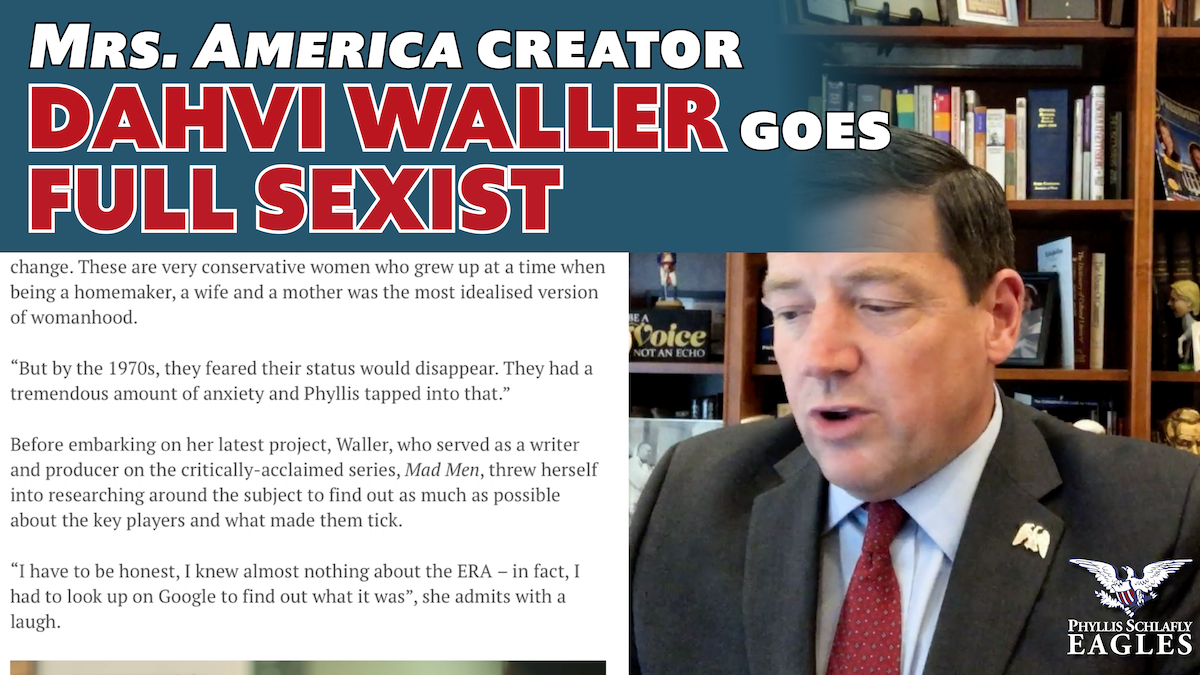 https://www.youtube.com/watch?v=D2akJZZwhRM&feature=youtu.be The creators of Hulu’s Mrs. America used to promise time after time that they wanted to be fair to the pro-family women as… 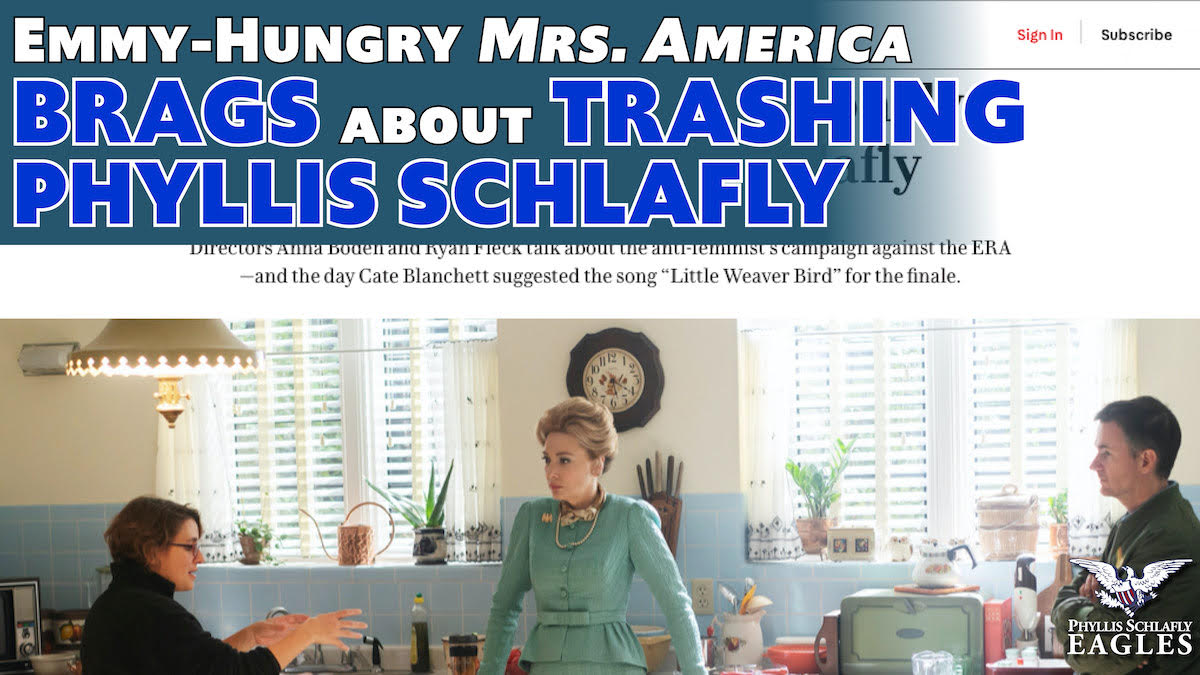 https://www.youtube.com/watch?v=kZ5H-9GN94w&feature=emb_title As the 2020 Emmy Awards nominations draw near, the Hollywood liberals behind Hulu’s Mrs. America are openly bragging about how they used their… 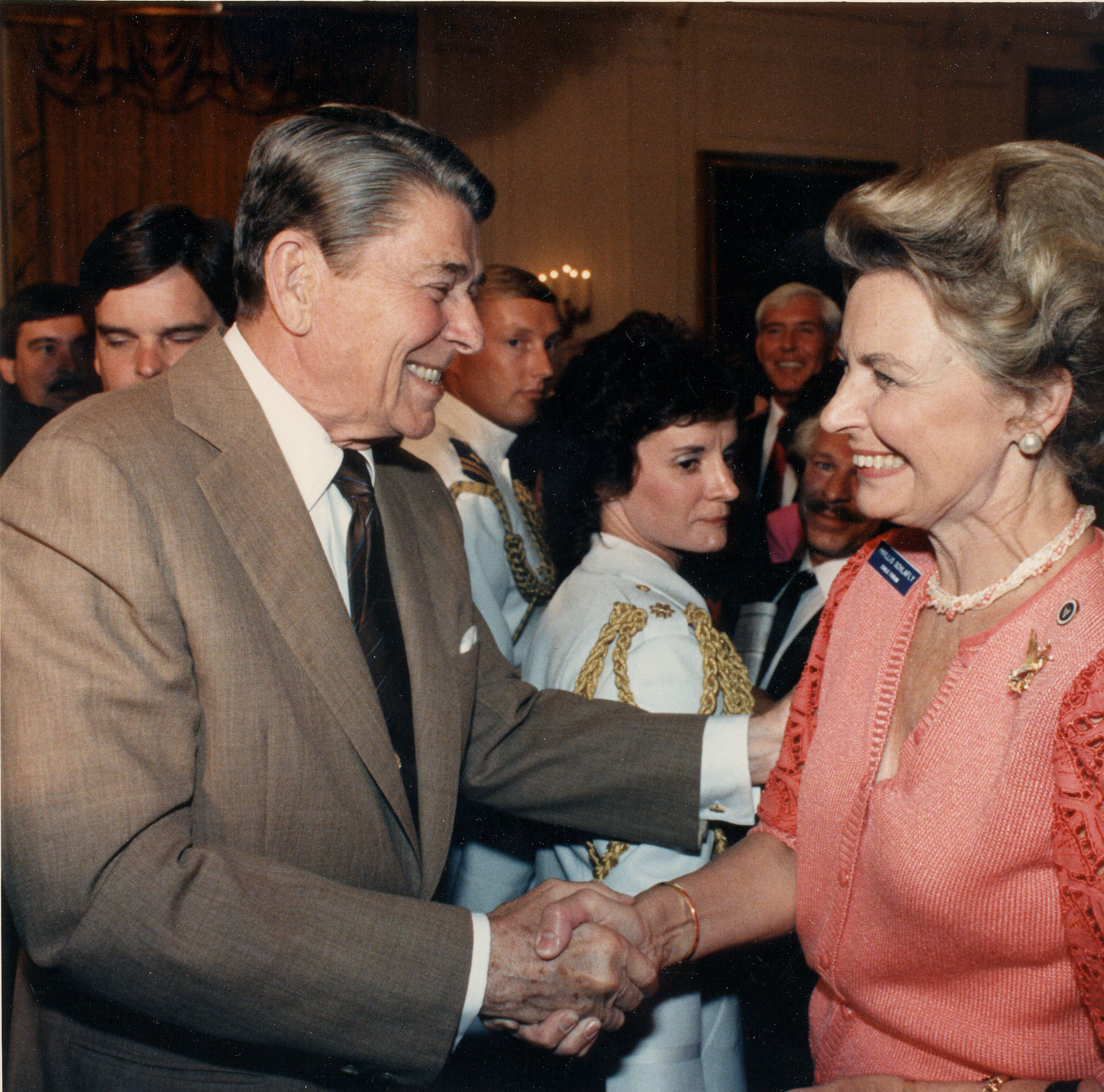 The final episode of Mrs. America finishes a historically inaccurate series with more falsities. Phyllis is seen to be more selfish than ever and…

Mrs. Schlafly received numerous awards for service in a variety of fields. Honorary Doctor of Humane Letters from Washington University. Honorary LL.D. from Niagara University. Honorary Doctor of Christian Letters from Franciscan University of Steubenville. Ten honor awards from Freedoms Foundation of Valley Forge. Brotherhood Award from the National Conference of Christians and Jews (1975). National patriot awards from both the Sons of the Revolution and the Sons of the American Revolution. In 1998, the Ladies’ Home Journal named her one of the 100 Most Important Women of the 20th Century. She was named one of the Ten Most Admired Women in the World in the Good Housekeeping poll for many years: 1977-1990. The World Almanac named her one of the 25 Most Influential Women in America during the years 1978-1985. When Richard Amberg, publisher of St. Louis Globe-Democrat, presented her with the Women of Achievement Award in 1963, he said:

“Phyllis Schlafly stands for everything that has made America great and for those things which will keep it that way.

Stay up-to-date with our timely updates right to your inbox!